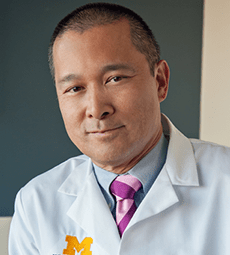 Dr Chey received a medical degree & training in internal medicine at Emory University School of Medicine. He completed a fellowship in gastroenterology and has remained as faculty at the University of Michigan in Ann Arbor where he is currently the Timothy T. Nostrant Collegiate Professor of Gastroenterology & Nutrition Sciences.

His research interests focus on the diagnosis & treatment of disorders of gut brain interaction and H. pylori infection. He has mentored more than 50 students, residents, fellows and junior faculty, many of which are leaders in Gastroenterology. He is a medical innovator and holds several patents. Dr Chey is former co-Editor-in-Chief of the American Journal of Gastroenterology and has authored more than 350 manuscripts, reviews, chapters & books including more than 10 national and international clinical practice guidelines. Dr. Chey is a board member of the American College of Gastroenterology, Rome Foundation, International Foundation of GI Disorders, and GI on Demand.

Join Dr Chey in Module 1, for an introduction & overview of IBS, and learn about the physiology & diagnosis of this condition.

Registered dietitian, PhD, Stine Störsrud graduated as Clinical Nutritionist from the University of Gothenburg in 1996, and directly started as a PhD student at the University of Gothenburg. In 2003 she defended her thesis entitled ‘Oats in the gluten-free diet – with special reference to clinical, serological and nutrition effects, subjective experiences and the need for special oat products’.

She is working half time as an outpatient dietitian at the Gastrointestinal unit and Clinical Nutrition, Sahlgrenska University Hospital, Gothenburg, Sweden, where she provides individualized nutrition counseling and medical nutrition therapy to patients with variety of gastrointestinal disorders, and half time with research.

Join Stine in Module 4, to learn about assessing indications and contraindications for the low FODMAP diet. 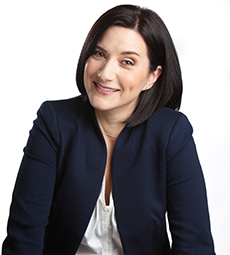 Registered dietitian, Tamara Duker Freuman is a New York City-based registered dietitian with over a decade of experience in clinical gastroenterology practice settings, specializing in the dietary management of digestive symptoms and diseases. She holds a master’s degree in clinical nutrition from New York University and completed her undergraduate education at Duke University. She is currently employed at New York Gastroenterology Associates and serves on the Advisory board of OSHI Health, a virtual, multidisciplinary GI clinic.

Freuman is the author of “The Bloated Belly Whisperer” and a nationally-known health writer whose advice is read by hundreds of thousands of people each month on U.S. News & Health Report’s eat + run blog and its syndicate, Yahoo! Health. Her advice has been featured in leading TV, print, radio/podcast and online media.

Freuman is also affiliated with a variety of professional and educational institutions.  She is a clinical preceptor for the dietetic internship program at Teacher’s College, Columbia University and belongs to the Dietitians in Gluten and Gastrointestinal Disorders (DIGID) subunit of the Dietitians in Medical Nutrition Therapy practice group of the Academy of Nutrition and Dietetics, where she serves on the Functional GI Disorders Workgroup and the American Gastroenterological Association Task Force.

Join Tamara in Module 8, to learn about nutrients at risk when following the low FODMAP diet. 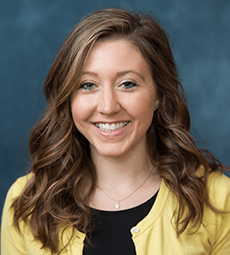 Emily is active in several professional medical and academic digestive health groups, including the International Foundation for Gastrointestinal Disorders (IFFGD), Dietitians in Gluten and Gastrointestinal Disorders (DIGID), a subunit of the Medical Nutrition Therapy dietetic practice group of the Academy of Nutrition and Dietetics, and serves on the expert panel of the American College of Gastroenterology (ACG) Functional GI Health and Nutrition Circle. Emily has also been serving as a co-director for the annual GI nutrition training program for dietitians, FOOD: The Main Course to Digestive Health since 2016. More recently, Emily was invited to serve on the advisory panel of the GI Institute. Emily has been fortunate to collaborate with other experts in the field of GI Nutrition to write 2 book chapters and several articles to date.

In addition to digestive health, she specializes in vegan and vegetarian nutrition. Emily is passionate about helping others achieve a nutritionally balanced diet that supports their well-being and various health goals. You can connect with her @emilyhaller_rdn on Instagram and Twitter.

Join Emily in Module 5, to learn about implementing the initial elimination phase of the low FODMAP diet, Phase 1. 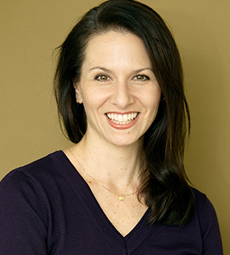 Laura received her Bachelor’s degree and Master’s in Public Health from Hunter College in Manhattan and has been at Mount Sinai practicing medical nutrition therapy since 2001.

Laura is involved with local and national nutrition organizations including Academy of Nutrition and Dietetics –Dietitians in Gastrointestinal Disorders, as she is working towards standardizing nutrition guidelines for digestive diseases. She is a frequent contributor to press inquiries and lectures nationally on nutrition and IBD and IBS.

Join Laura in Module 9, to learn about the low FODMAP diet for other conditions outside IBS. 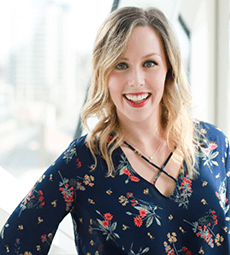 Andrea Hardy is a registered dietitian from Calgary, Canada where she runs a multi-disciplinary digestive health practice called Ignite Nutrition. She specializes in gut health & gastrointestinal diseases and is recognized in the media as Canada’s Gut Health Expert. She is passionate about translating science into ‘easy to digest’ information to support a healthy gut. She has spoken on the TEDx stage, as well as internationally about digestive health.

Join Andrea in Module 2, to learn about dietary management of IBS and fundamentals of the low FODMAP diet.

Beth Rosen, MS, RD, CDN is a non-diet Registered Dietitian and the owner of Goodness Gracious Living Nutrition. She has been working in the field of nutrition for over 25 years. Beth has a virtual private practice based in Southbury, Connecticut where she helps clients find relief from digestive disorders such as Irritable Bowel Syndrome (IBS) and Small Intestinal Bacterial Overgrowth (SIBO), Gastroparesis, Colitis, and GERD, as well as shares her knowledge as a GI Dietitian with other health professionals via webinars, seminars, and peer mentoring. Beth has also designed techniques and programs to empower chronic dieters, disordered eaters, and those in eating disorder recovery to mend their relationship with food and their bodies. She has written for major online and print media, such as Huffington Post and FabUPlus Magazine, and has appeared as a recurring guest on the Fox 61 Morning Show in Hartford, CT.

Join Beth in Module 3, to learn about FODMAPs in food, distinguishing between high and low FODMAP foods.

Rebecca has completed extensive post-graduate training in the low FODMAP diet and frequently supports her clients with this dietary approach. She has presented to Australian and international health professionals and audiences on the area of FODMAPs, IBS and Gut Health.

In addition to digestive health, Rebecca has a strong interest in sustainable food systems, plant-based nutrition and culinary nutrition. She is passionate about supporting people to achieve their personal health goals and develop healthy relationships with food where they can eat with ease.

Join Rebecca in Module 7, to learn about liberalising your patients diet and implementing Phase 3 of the low FODMAP diet, the maintenance/personalisation phase. 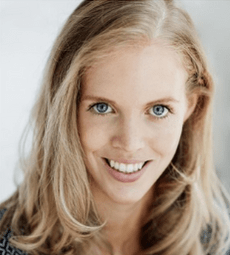 Kirsten graduated from The University of Hertfordshire in 2012 before starting her career in the UK’s National Health Service. During this time, Kirsten was diagnosed with coeliac disease and naturally became passionate for gastroenterology. She recognised that there was a huge gap when it came to the care and treatment of those suffering with irritable bowel syndrome and so opened her own private clinic, The Food Treatment Clinic, to address this in 2014.

The Food Treatment Clinic has since evolved and now is now an online MDT service providing both 121 and group support for those with IBS. Services include dietetics, cognitive behavioural therapy and clinic hypnotherapy.

In 2018, Kirsten completed her Post-Graduate Diploma in Advanced Dietetics from The University of Nottingham. And in the same year, she moved to the United Arab Emirates as the lead dietitian for Kings College Hospital in Dubai. In this role she was part of the team which developed and opened the first British healthcare facility in the Middle East.

In 2020, Kirsten left her role at Kings College after the birth of her child in order to achieve more of a work life balance (what she is always advising others on!) She was also able to develop her own private practise further.

Outside of clinical work, Kirsten is an official media spokesperson for The British Dietetic Association and an expert advisor to The IBS Network.

Join Kirsten in Module 6, to learn how to implement Phase 2 of the low FODMAP diet, the reintroduction/challenge phase.